So we did flips for the open source Neo1973, now we’ve got a simplified software platform. Trolltech has introduced the Qtopia Phone Edition for the Neo1973. 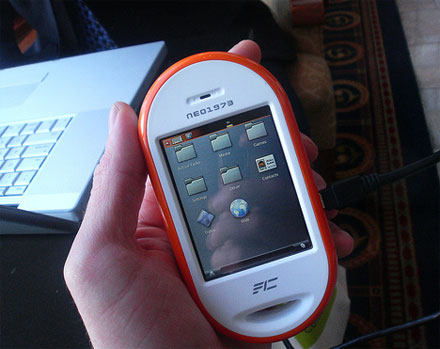 The Qtopia Phone Edition is fully accessible under the open source GPL verison 2 license and supports the Greenphone reference platform for mobile development. Up until now, Qtopia has been ported onto 90 different devices, including 25 phones. There are over 9 million Qtopia-based handsets in the market that also includes mobile devices from Motorola, ZTE and Cellon. Source: TechGadgets photo via Flickr

Trackback from your site.

Kicking around in technology since 2002. I like to write about technology products and ideas, but at the consumer level understanding. Some tech, but not too techie. Posting on Quora.com as well.