Rasberry Pi’s Pixel is a lightweight operating system released by the foundation behind the affordable $35 Rasberry Pi computer and it is now available for PC or Mac users who want to renew their old hardware! The Linux-based OS comes as a downloadable image you can either burn to a DVD or load onto a USB drive to boot directly into the Pixel environment. 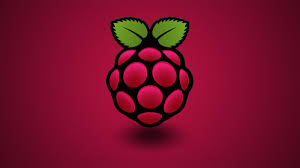 What does this mean for your old laptop that has been lying around? It means you can once again use it for basic tasks and web browsing via Chromium, which comes pre-installed. This is, however, a prototype build. Some bugs and hardware compatibility issues are expected, one of which is a recognition error with modern Mac systems but altogether, nothing that would be harmful to your system. The creative prioritization was for the purpose of distributing this Mac and PC version because it was believed to be most useful in schools with outdated hardware. With Pixel, these machines will once again be able to access information in modern fashion.

Trackback from your site.